We released ML Bot 10.65. The update contains many fixes regarding one of the most 'delicate' part of handling the MTGO client: the uninstall / install process.

Uninstall MTGO is sometimes required when MTGO breaks. In these cases you are not able to launch the client (not even manually) and the only way to fix is to reinstall MTGO. This is an easy task for a human but it's complex for a bot because many things can go wrong.
In particular, previous ML Bot versions had problem with non-English operative systems, where the title of the windows can be different from the typical "Application Error" messages that appears in an English-based system.

*UPDATE*  The binder problem seems to be fixed.

WotC just deployed a hotfix to the active trade binder problem. You need to restart your MTGO and the binders should be working fine as usual.

Our team is now doing tests, we'll keep you informed.

Fix your trade binder after the Mtgo Update

We found a way to fix the trade binders after the Mtgo update.

This is a bug preventing everyone (including 'humans') from adding / removing cards to the active trade binder. The binder is basically broken. There is nothing you can do to fix, you have to trash it and create a new one. Below the exact procedure

1) you need to create a new binder, empty
2) you need to make it active
3) you need to erase the old trade binder
4) restart mtgo, let the bot go and handle the client as usual

The latest version of MTGO, released by WotC few hours ago, is heavily bugged. We had to rewrite parts of the bot to bypass these bugs and we will be publishing a bot update in few hours. 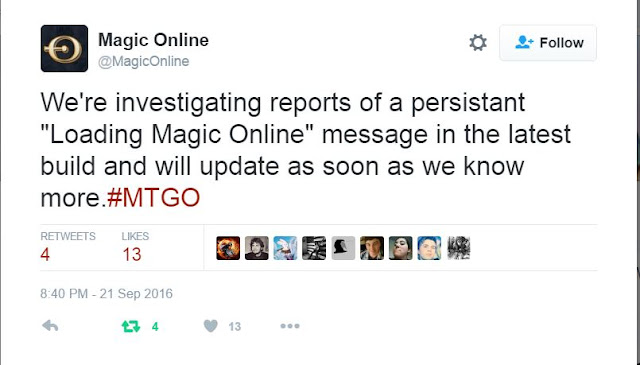 There could be some errors on your MTGO that do not depend on ML Bot. The most common are: 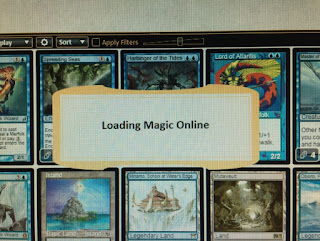 Beside that, the rest of the bot and mtgo is working.

I am excited to annouce MTGO Library will be making some major improvements in the upcoming months.  As I mentioned in a prior article, there will be a new price updater that will be launched in October. In the image below you see a work-in-progress preview, so don't take it as final.

In November there will be improvements to MTGO Wikiprice with increased search speeds, the grouping of reprinted cards into one search page (In other words, if want Tarmogoyf, you don't have to search 3 different sets), and possibly a universal credit system for all ML bots to share credits.

After Christmas / January 2017, a Webshop for Wikiprice will be launched.  The new Webshop will allow customers to purchase from any bot using paypal or credit card.  And then grab the cards on single bots, or on a wikiprice collector bot (so one trade).  The goal is to make Mtgo Wikiprice a better place to shop. 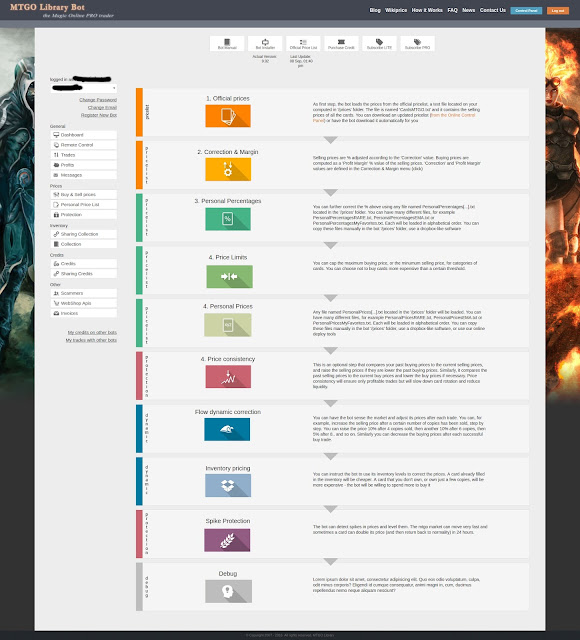